Actions of Street/Action of Rooms: A Directory of Public Actions 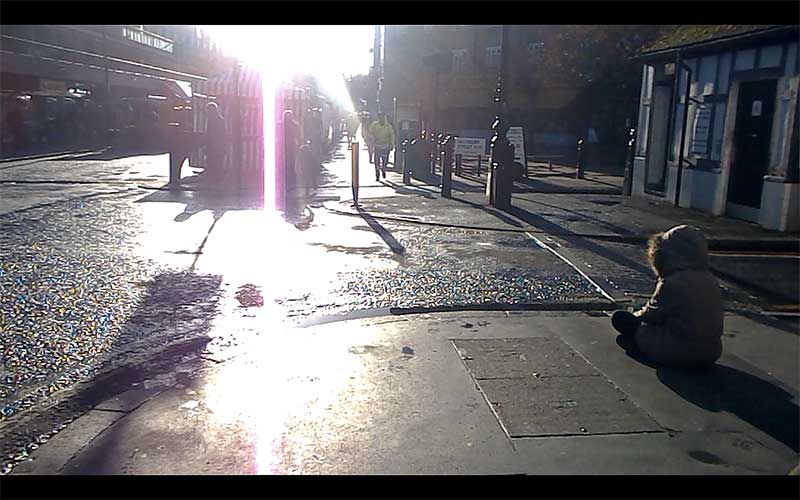 In the highly regulated and privatized public spaces of London, the legal and social limit of public conduct are in part defined by age, race and class. This is especially true of young people, whose presence is considered suspicious and in turn their accessibility to many places is restricted. The 6 month residency with the Serpentine Galleries invited a group of young people from the local school to investigate public constraints. The project aimed to provide a space the young people to critically consider their roles and responsibilities in relation to their community.
The project team worked together to investigate the use and regulation of public space in and around Church Street, in Edgware Road in North London, a predominantly migrant residential area with local markets and ethnic food shops and cafes.
Young people were given a speedier and more dynamic medium of production, a camera, an eye by which to study the public space. The group used physical actions and film as tools to research, test and record their experiences, to look closely at the conditions of the site and to push the boundaries of accessibility and appropriation. These actions were at first using the body, then using props from the site (found or borrowed). Young people revealed the lack of public space by occupying and activating pockets of left-over areas; spaces between the public and private, the back and the front, from the stairwells of libraries to the backs of market stalls
Their ephemeral actions included:
Marking a pedestrian area in market street in order to protect the trader’s ability to stroll and converse from the backs of stalls
Sitting on pavements as gentle resistance and protest to the predictable nature of how pavements are utilized.
Using public furniture to peek into public spaces and cross visual limits.
Performing bold and rapid movements in the urban environment with the aim of overcoming limited obstacles and temporarily disabling boundaries (parkour).
Yearly food fights and dance offs as events to address the divisions between the two markets at each end church street (the fruit and vegetable market and the antiques market) 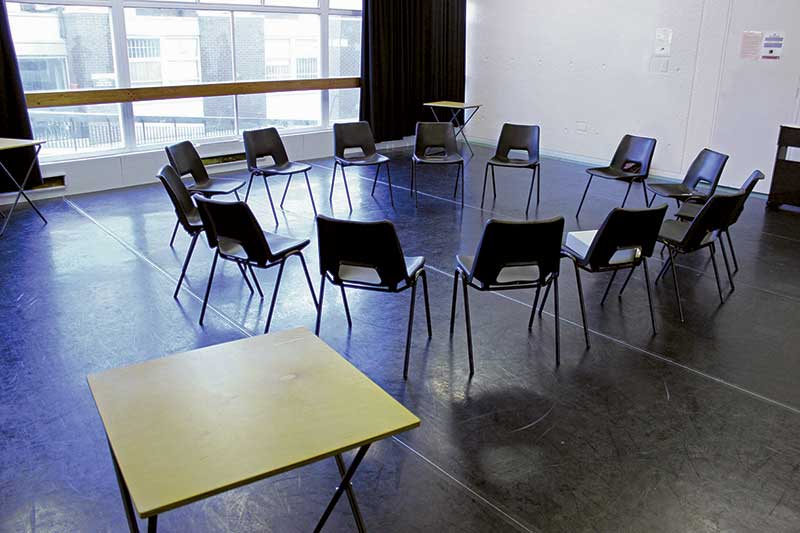 Process as question:
The project process comprises of Febrik instigating questions in the studio space and inviting young people’s responses as filmed actions in the urban site of Church Street. The questions were further developed through discussions and activities in the studio, which lead to further actions in the street. The dialogue between the actions in the street and the actions in the room, opened up a space of reflective thought and critical actions between these two seemingly separated physical sites.
The production of footage of public actions in the street, at first interventions using the body, then using props from the site (found or borrowed) aimed to enjoy, challenge and re-imagine the complex social and physical limits encountered in the street. The development of the work in the room – through reflective actions such as selecting, editing, planning or deliberation on meaning – unfolded questions about the nature of the Action of the Room in relation to collective decision making and the democratic procedures in this type of collective production. The project process addressed questions about the notions of the Action of the Street in relation to the rights and responsibilities of young people as both citizens and artist producing this type of work, the complexities of public engagement as well as the absence of representation of young people in the making and use of public realm.
The project asked questions about socially engaged practice: how does a group of artist (the young people as a group but also febrik and the Serpentine team as facilitators of that group), with a variety of interests, collectively embark on the production of socially engaged art work that looks at the site as both a physical environment and a social community space. The young people forged slow and small social links over time; in particular with market traders through conversation about the market, about the young people’s proposal of the site and through asking for assistance with their actions and films (borrowing props for example).
The work also asked questions about film as a medium of production, here film was used to support and document a series of explorative public actions that researched the site and provoked site proposals. Issues such as the visibility of the artist, the politics of the camera as an object in public, the language of the camera work (surveillance/proximity) became evident. The editing of the film itself took a series of phases, starting as a collective process and concluding as three separate works, as the content and meaning were negotiated and expressed differently.
The work was collated into a short publication presenting the project as a directory of public actions which explore modes of practicing in public, between the room and the street. It explores public actions in relation to 4 key themes and questions:
Editing the site: What places on the site inspire you to re-think how to use public space?
Pushing the limit: Can we physically test what is possible in public spaces?
Crossing between: Can we change spatial and social hierarchies and arrangements?
Speculating on change: What would you like to change on Church Street?
You can download the booklet here:
http://www.serpentinegalleries.org/sites/default/files/downloads/ser_feb_publication_web_0.pdf 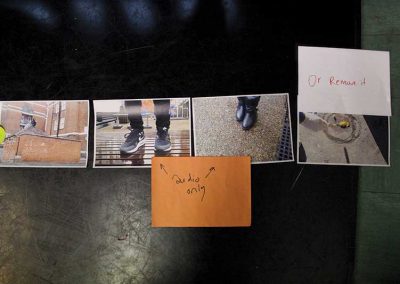 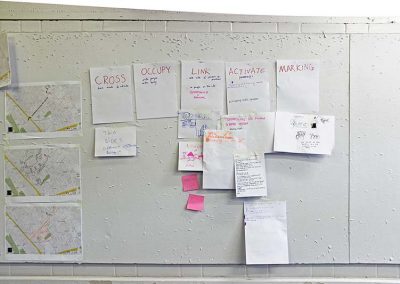 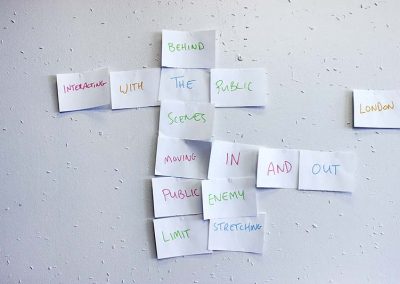 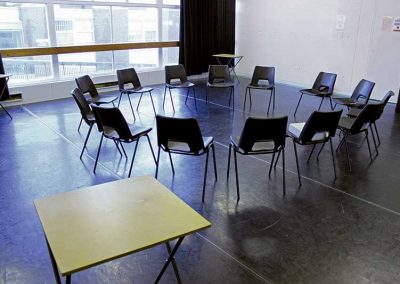 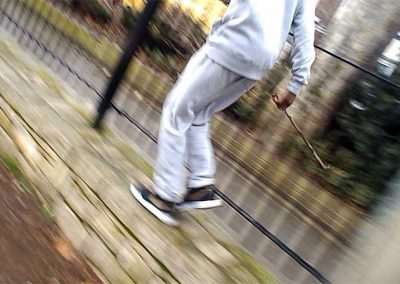 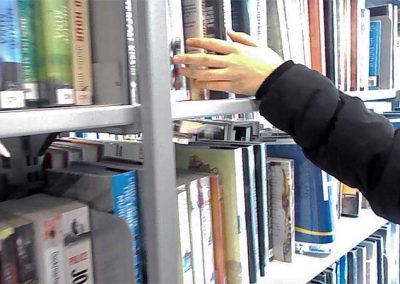 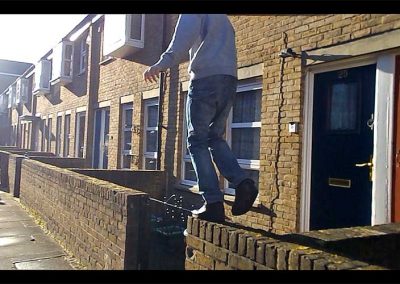 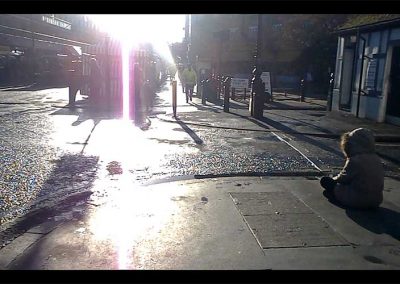 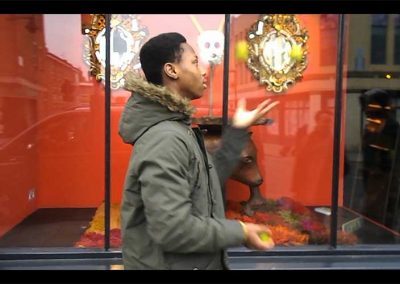 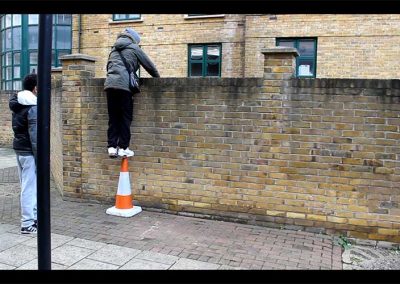 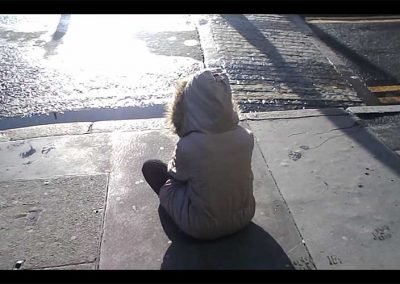