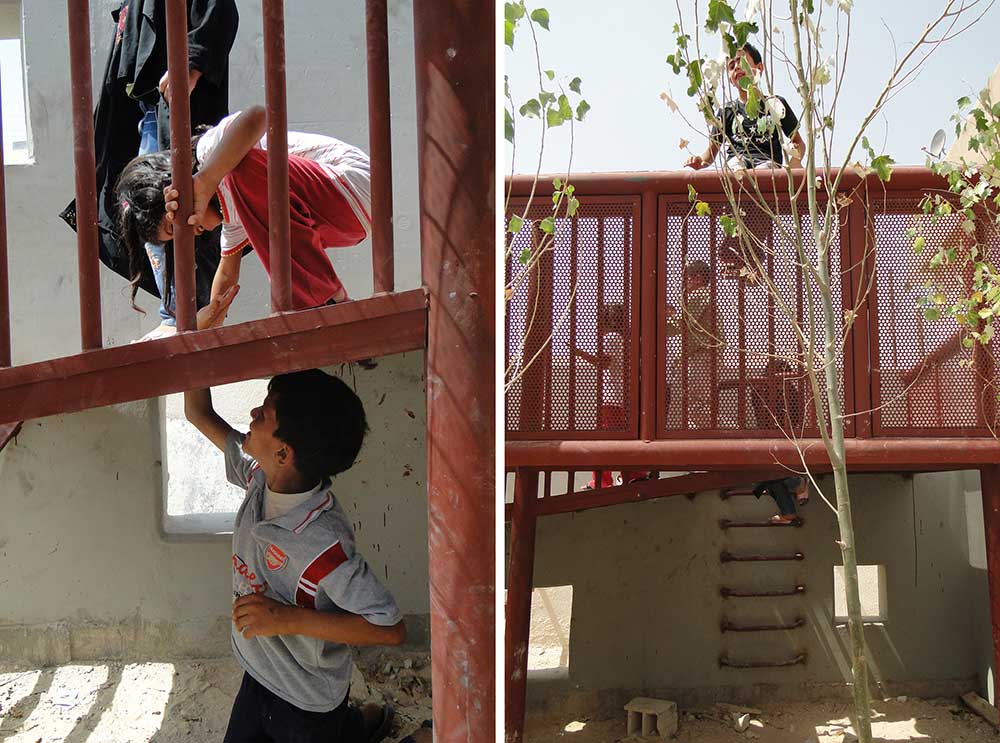 Edge of Play was commissioned project by UNRWA as a part of the bigger Talbiyeh Camp Improvement Project (2007-2011 and on going). Within UNRWA’s pilot project which focuses on participation and community mobilisation, Febrik aimed to bring children back into the agenda by working directly with them and with their families. we aimed to maximise the potential of the social playground as a multi-purpose public space able to generate a connected neighbourhood and community.
What is the social playground?
In 2003, Febrik’s team began working with children in Palestinian refugee camps in Lebanon and later in Jordan exploring the dynamics of public spaces of refuge and childhood (right of space and right of play), in collaboration with local community groups and visiting artists and architects. Through the use of child/participant lead creative processes (architecture, art, film, photography, text) the long-term research and design project collated findings about the social practices and hierarchies of different community groups (especially unrepresented groups such as children and women) through looking at the play practices of children in the camps. The project began through a workshop in Burj El Barajne Palestinian refugee camp on the fringes of Beirut, and continued through a linked series of workshops there and in other camps in Lebanon and Jordan. All the workshops concluded with site-specific propositional works by the participants (theatre pieces/play manuals/installations/architectural spaces) that looked through the lens of invented public play to bring attention to, comment on and change on a small scale, concerns of the children and their families. Febrik built upon these findings by developing them into dynamic intergenerational public spaces – social playgrounds – with the aim of testing their potential as catalysts for public engagement and action within the participant’s immediate social and physical environment. The two projects ‘play

Febrik began its research through a training workshop (using Play Space activity manuals) with adults in the community focused on creative participatory research tools. Together we worked with different groups of children and their families, we defined the program of the social playground: in this case as a play space and a ration waiting room for women able to transform into an enclosed wedding space during the evening. The dynamic multi-functional structures, with an emphasis on play, spatially encouraged the children and women’s ‘ right to the space’ and a democratic sharing of the space by marking more clearly how and when the different ‘owners’ will coexist. It was positioned in a small open public pockets in the heart of the neighborhood.

The bigger UNRWA structure of the Working Group, and along with it the ‘Edge of Play’ experienced the challenges of working within a newly participatory structure, in part because of the lack of transparency and efficiency of both the institution ad the community (monopoly of participation, selective involvement, social alliances and pre-meeting strategic decision making, personal mind set) and in part because “political issue surrounding (a refugee) camp can damage attempts for improvement, especially since refugees often feel that their Right of Return is being compromised. It is the political question that overshadows all meetings and decisions, and can make a difference in trust building.” (Fatima Al‐Nammari, 2011)
However an important part of the Edge of Play made it into construction: the play space. It is the first child specific public space in the Palestinian Refugee camps in both Jordan the Lebanon, a real break through for children’s right to space and play. The women’s space proved a little more complicated and is still under negotiation. What is perhaps the most notable is that the process of taking the project from design to implementation initiated conversations that had not been openly taking place before; The public visibility of women, the pedestrianisation of public spaces and the appropriation of male youths to such public pockets were some of the issues raised. The social playground as a place for democratic negotiations had taken place, despite its incomplete physical entity. 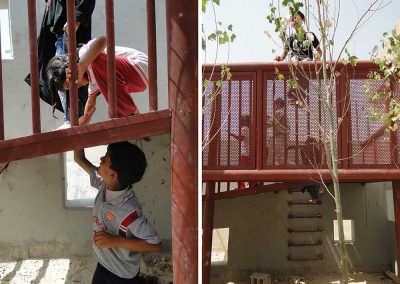 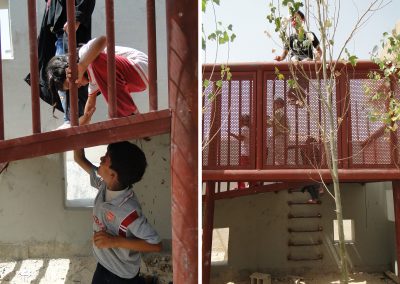 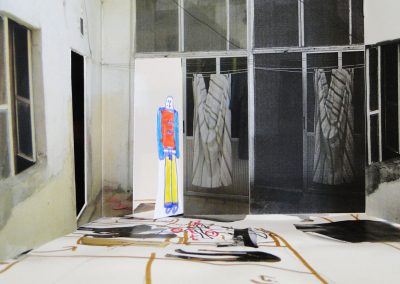 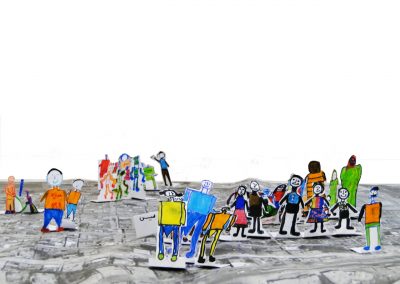 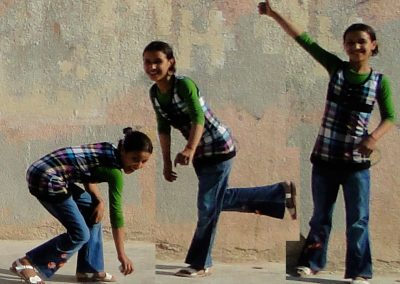 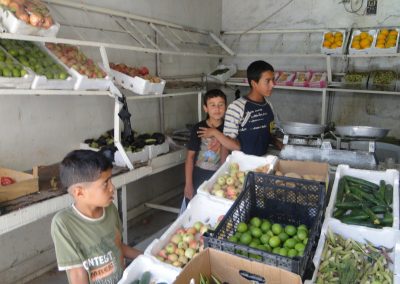 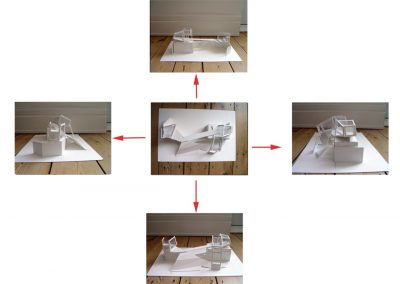 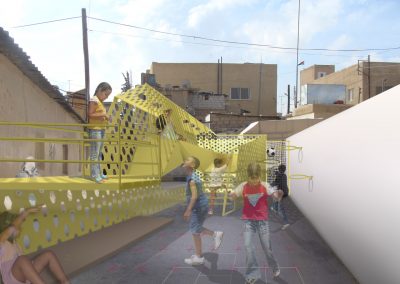 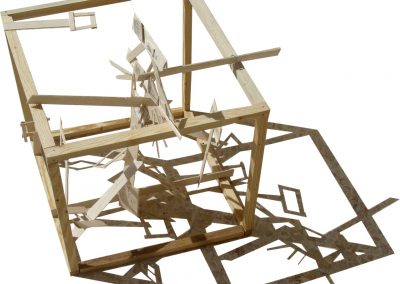 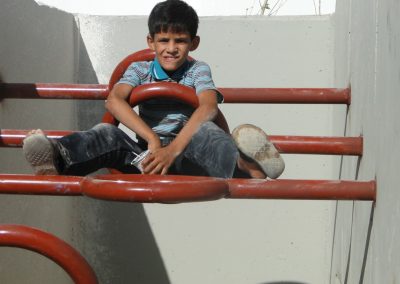